Footwear for Well-Being from the Feet Up 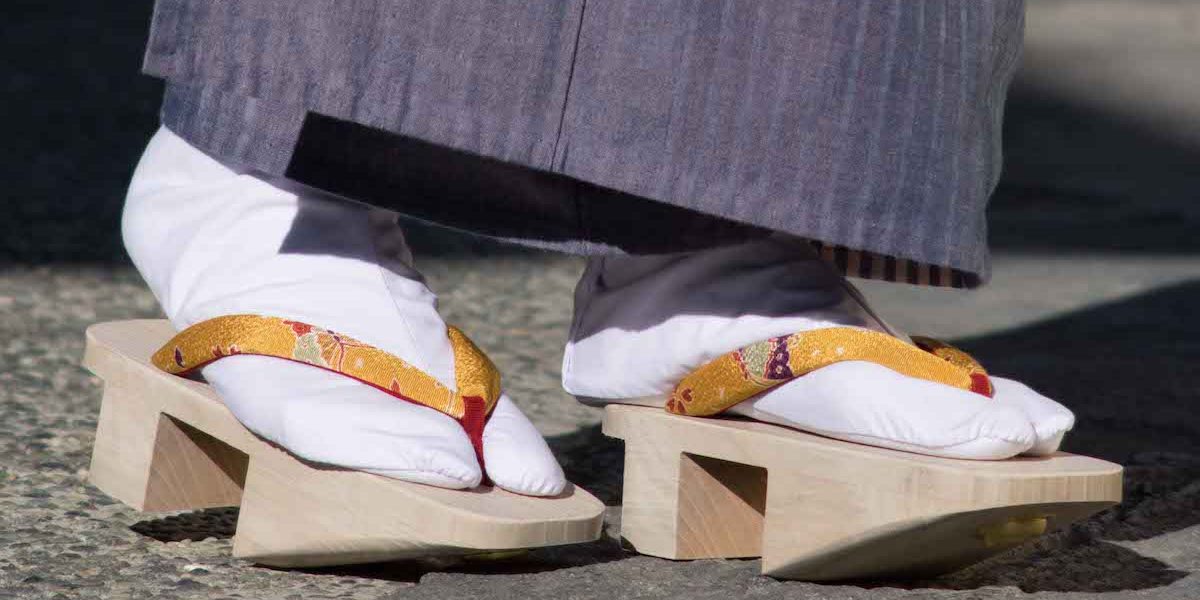 Our feet contain concentrated areas of peripheral nerves known as “reflex zones,” which affect our entire bodies, including our internal organs. Barefoot living helps stimulate reflex zones, which promotes improved circulation and function of these organs. That being said, we can’t just go out and about barefoot, but we can get close by wearing traditional Japanese footwear. Footwear that does not clamp down on the foot won’t impede circulation. This relaxed fit not only prevents deformation of feet and toes such as bunions, but also strengthens one’s arches. Furthermore, proper wear helps one’s posture, which further improves the shape of one’s whole body. The thong in the center of the platform is held between one’s toes, which naturally causes one to stand with their weight resting on the inside of the foot from the big toe to the heel. This is said to increase the strength of the inner foot muscles such as the psoas major. One’s center of balance is set towards the inside of the foot between the arch and the heel. In Eastern medicine, this is said to create joukyokajitsu, meaning a relaxed upper body and a stable lower body. As a result, one will naturally adopt a posture which will prevent hunchback or swayback. Essentially, just wearing Japanese footwear is a form of exercise.