How to Wear, How to Walk 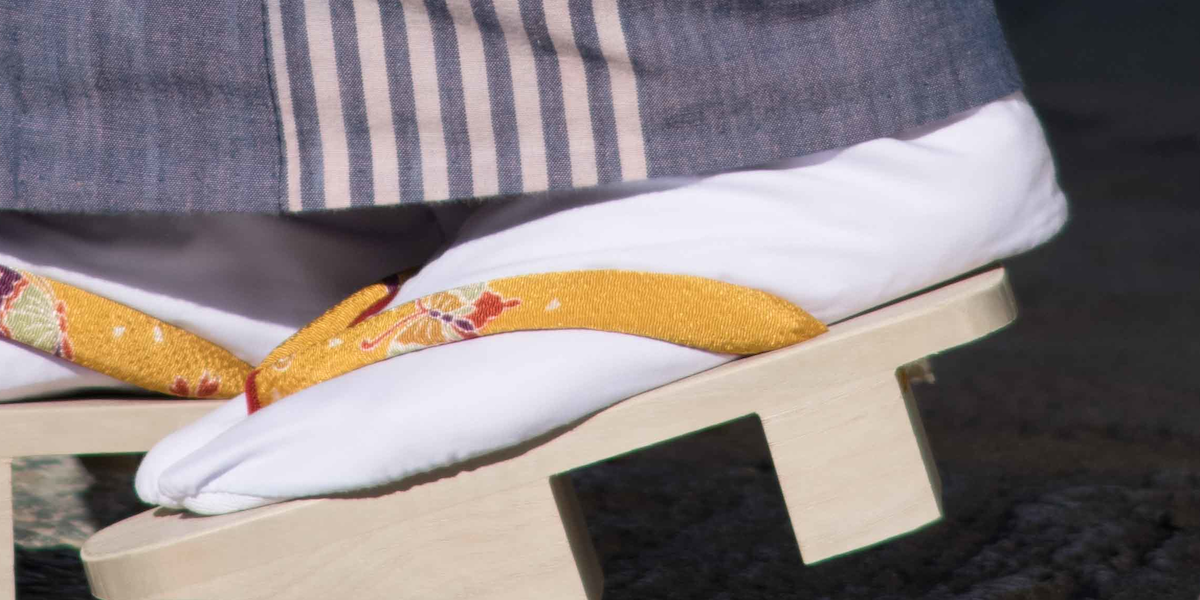 Putting on and walking in Japanese footwear is a completely new and different experience for most people. This is because they were designed with a totally unique idea of how footwear should fit. With traditional Japanese footwear, The maetsubo, the middle part of the thong which connects to the platform, is not meant to wedge down into the gap between the big toe and the index toe. Instead it is designed to have a slight gap so the thong rests lightly between the toes. An ideal fit is one where the heel extends two or three centimeters over the back end of the platform.

When walking, do not land on your heel like you would when wearing a shoe. Instead, emulate the “shuffling” commonly seen in Japanese performance and martial arts. Do not swing your arms widely or swivel your hips and legs as with a shoe. Rather, use the muscles around your hips, not just from below the knee, when putting your legs forward. When you have mastered walking in geta, where two wooden “teeth” raise the base off the ground, you’ll hear a delightful “clack, clock” with each step.